A couple of months ago I cast the main characters of my book Reborn. (Read Part I of my Reborn Dream Cast here.) It was a fun “what if” post to write, and a Part II is long overdue. So far, we have:

1. Candace Accola (Caroline on The Vampire Diaries) as Siobhan Elliot

2. Tom Hiddleston (Loki from the Thor franchise) as Jasper Hart (mostly because my love for Tom is deep and never-ending)

5. Charlize Theron (from lots of things) as Farrah

6. Anna Kendrick (Pitch Perfect, among other things) as Victoria

Although I have much love for my main characters, my secondary characters are just as near and dear to my heart. They might not have as much “page time” as the others, but I’ve obviously included each for an important reason. (Otherwise, they wouldn’t be in the book.) In fact, sometimes I have more fun writing my secondary characters–namely Peter and Apate. So, without further ado: 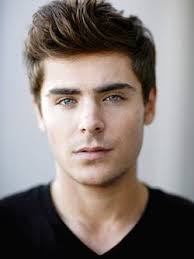 When Zac first popped into my mind as a potential Max, it made me teehee a little. He’s most well known for being in the High School Musical franchise. But actually, Zac is visually a perfect fit for Max. Max is the token human in Reborn–gets mixed up in everything without really meaning to. He’s supposed to look like the stereotypical all-American boy, boy-next-door, whatever you want to call it–and Zac Efron is definitely that guy. 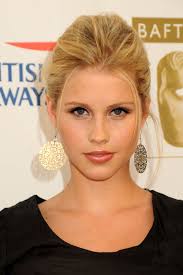 Tanya is Siobhan’s roommate at the Gamma Lambda Phi house. She’s a blonde bombshell and GLPhi’s recruitment chair. She can also be rather whiney and bitchy. Claire Holt is probably best known for her role as Rebekah on The Vampire Diaries and its phenomenal (at least in my opinion) spin-off The Originals. I really like Rebekah’s character–she’s actually quite complex. Hard and unfeeling on the outside, vulnerable on the inside. But it’s Rebekah’s blonde bitch side that Claire could channel for her new role in my imaginary movie. 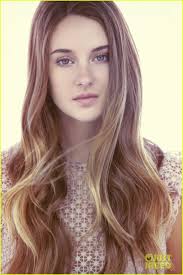 So after being the primary character in the Divergent movie, Shailene is probably not going to settle for a secondary role. She’s really just the only actress I could think of that looked like the Carly I have pictured in my mind palace. (I believe my cousin also thought Shailene would be a good match, if I’m remembering our conversation correctly…) Shailene just needs to make her hair WAY curlier and crazier. In Reborn, Carly often gets talked into doing things she doesn’t really want to do. You’ll be seeing more of her in Relapse.

Shemar Moore is on Criminal Minds…a fantastic show, which I often just can’t watch because it freaks me out. Shemar is great on CM and sexy as hell. I think he’d make a great Hephaestus. As the god of fire and the forge, Shemar would be an imposing figure.

To be honest, I have never watched Revenge, even though it looks like a show I might like. But one night I saw this blonde British guy on one of the commercials for it and thought, “It’s Peter!” Peter is the keyboardist in Jimmy’s band Search and Destroy–he’s tall, blonde, lanky, British, mischievous, silly, and a bit flamboyant. I don’t know, maybe Gabriel is too old to play Peter, but as I’m looking up pictures of him for this post, the more certain I feel about this casting choice.

Um, first of all, let’s just gaze fondly upon this picture of the gloriously hot Joe Manganiello. In Reborn, Siobhan jokingly refers to Eric as a “sexy lumberjack.” Eric embodies virility and physical power, but also violence and chaos. Manganiello’s sexy is definitely raw, powerful, and masculine. He also went to my alma mater (not at the same time as me), and I’d like for him to keep having work. 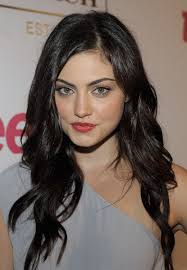 Phoebe Tonkin is another actress from The Originals. It was actually her portrayal as teenage witch Faye on the short lived The Secret Circle (based on another series of books by one of my all-time favorite authors, L. J. Smith) that made me think of her as Apate. Faye was always very mischievous and attracted to dark magic. Apate is developing into a similar character (you also see much more of her in Relapse)–she’s a spirit of deceit and mischief with an inner struggle between her good and it-feels-good-to-be-bad sides. (As several of my characters do, because I’m completely obsessed with this concept.)

Have you read Reborn? Who’s on your dream cast! Please share in the comments, or let me know what you think of mine! 😉 (I know I have some male readers now and would be interested to know who your favorite female character is and who you would cast!)