The purpose of WIP (Work-In-Progress) Wednesdays is so I can set personal writing goals. It also serves as a way to let you all know what I’m working on. I hope you’ll join me and link back to your own or share in the comments!

I finished it! Part One of the Reborn sequel, that is. Teehee. 😉 Part One sits at about 37K, and I’m excited to keep going–I’m on sort of a roll right now (my muse has crappy timing). The sequel will have plenty of twists and turns, juicy college drama and epic romance (or maybe lust is a better word for it…). Some people have asked me about a release date–and I still don’t want to commit to an exact date yet–but it will (hopefully) be in late fall 2014. But I’m excited you’re excited. 🙂 I’ll choose an excerpt to post on here sometime soon.

I really love describing clothes in my stories, especially fancy clothes, and I’m gearing up to write a dance scene. I want my main character Siobhan, who’s normally a pink-loving blonde, to wear a sophisticated, black cocktail dress, so I’ve been looking at dresses on Google Images. A change in her taste in fashion throughout the book is going to mirror her transformation in the book as she gives in more and more to her dark side. (I know, I’m so deep.) I was inspired by this scene in Legend (I also posted this video to the Facebook page last weekend) in which Princess Lily is dancing with this black dress, transforming from a fresh-faced innocent to a gothic princess in three minutes. By the way, 80s fantasy movies are the BEST.

Well, this might take me longer than a week, but at some point I really need to get Reborn up on Smashwords so it reaches more distributors. I’ll call it one of my April goals. That, and just to keep on writing…

Here are some possible dresses for Siobhan: 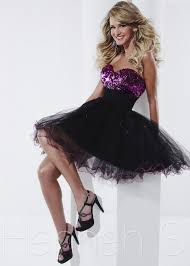 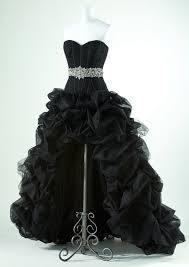 And it’s about time, too! My plan was to write one of these every Wednesday, but I think it’s been a little over a month since my last one. Although it’s not like it was ever an official New Year’s resolution or anything, so I don’t feel that guilty…

Anywho, the purpose of WIP (Work-In-Progress) Wednesdays is so I can set personal writing goals. It also serves as a way to let you all know what I’m working on. I hope you’ll join me and link back to your own.

I’ve mentioned this in other blog posts, but I am still working on Relapse (the sequel to Reborn). I mean, it’s definitely a work in progress. I didn’t really touch it at all over my holiday break, and then I had a pretty annoying case of writer’s block for about a month. I had written the first few chapters, but I didn’t like much of  it. I knew where the story was going but was stuck transitioning from the very beginning to those other things. Sometimes I jump ahead and write whatever comes to me, even if it belongs later in the story, but in this case I really felt like the beginning had to be ironed out more before I could go on. (How do you write? Do you go in a particular order, or write whatever comes to you and piece it all together later? Or some other way?)

The good news is, I’m on a bit of a roll now. I fixed the part I hated, and I’m really excited about it again. In the past week or so I’ve written 3200 words. My word count goal for the whole book is 70K, so we’ll see how that goes.

Those of you who have followed The Urge to Write may have noticed my small tendency to obsess over things. One of my obsessions is the 80s, particularly 80s music and fantasy/sci-fi films. There’s just something magical about the combination of 80s fashion, hair and music with fantastical elements like vampires (think The Lost Boys) and, er, goblin kings. So as tokens of my current obsessions, I leave you with a picture of young Billy Idol and the music video of Gary Numan’s Cars. (I love this song. Gary has about as much charisma as a sea bass, but that actually kind of seems to work for him here.)

To write at least 1500 more words of Relapse. I also have some fun blog posts in mind. The first is Part 2 of my Reborn dream cast. The other is a post dedicated to one of my other ongoing obsessions: misunderstood fictional characters.

It’s update time! I’ve started WIP (Work-In Progress) Wednesdays to set personal writing goals and as a way to let you all know what I’m doing (besides checking social media)! I hope you’ll join me and link back to your own.

I finally finished the outline for Reborn‘s sequel! I like to know where a story is headed when I’m writing, so I’m relieved I got it done. I have a feeling it’s going to be a long book, but we’ll see. 😉 Also, I just realized I totally surpassed my goal from last week and wrote 2400 words! I also wrote 960 words of my fanfic idea.

This week, I’m finding inspiration from the Lady and her latest album Artpop. I guess I just really like her songwriting and how she plays with word meanings. (Although I find the album cover to be kinda awkward, lol.)

Keep on plugging away at that sequel. Also, I found some snippets of an old WIP I had written in a notebook awhile back and got really excited about it again, so I may take a look at that old manuscript and see if I can revamp it.

What have you written this week? Tell us about it and link back to your post in the comments!