Well, Valentine’s Day is over, thank goodness. You have no idea  how tiresome it was seeing the men’s offerings. I mean things like…. 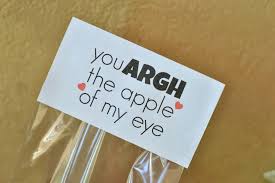 was  tiresome when some of them don’t have an eye. As for Tibbs threatening to capture the hearts of some of the local wenches, well, that resulted in him ending in jail.
However, we meet again today with the lovely Siobhan, the fictional creation of S.L. Stacy, whose name is already causing some trouble for the gentlemen but there. 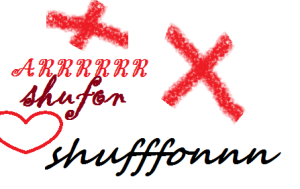 you can see that they are all agog. So, without further ado, I just think we should get going before the jail gets filled and we have to leave here in disgrace… Already last week’s offering from the lovely Milady Donahue resulted in the men holding the cover upside down in a bid to see up her heroine’s skirt… I am sure, had Milady Stacy known that, she…

First off, I hope everyone here in the U. S. had a lovely Fourth of July, and Happy Friday to all of you! I’m very excited to bring you this new weekly feature I’ve christened the Friday Featured Author. I’ve seen my blogger friends run similar features on their blogs (so if some of these questions look familiar to you, I may have borrowed some of them…) and decided it would be a great way to introduce my followers to some amazing people.

This week I’m super excited to bring you historical romance writer Shehanne Moore, author of The Unraveling of Lady Fury (which you can find on Amazon here). You can find her at any of the links below, and stay tuned for a teaser from Lady Fury at the end of the interview!

SL: What inspired you to start your blog? 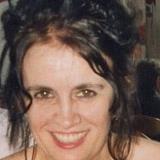 SM: That having Social Media was 30 percent of Etopia Press’s decision to sign an author and I had just been signed. That was a pretty big inspiration. A sharp learning curve too. But authors do need social media these days if they want to sell and it’s been fantastic getting to know so many people.

SL: When did you first start writing stories?

SM: At the age of seven. I designed this lovely cover for my book, The Hoare House Mystery. Of course I had no idea of places of ill-repute. This was a perfectly respectable house.  Very useful for firelighters too—the paper it was written on anyway, as was a lot of other paper I wrote on. I was always writing. When I was about sixteen my friends started reading some of my—what were probably long historical novellas—and they liked them, which was very encouraging. I still have these stories. I managed to save them from the flames.  But what was nice even then was it gave me an idea of what worked, what didn’t, what kind of characters tended to be the biggest draw.

SL: Who or what most inspires your writing?

SM: You mean what hottie? Seriously, I’m often attracted to places. I tend to start the story because of  flashed idea but after that places are important to me. Often when I am visiting somewhere I can’t help imagining the kind of people who would have lived there, that the place is speaking to me in some way. My forthcoming book is inspired by Glencoe one of the most beautiful places in Scotland and the scene of a massacre in 1692. It has such rugged beauty.

SL: What advice would you give to aspiring writers?

SM: Firstly be prepared for a hard journey. The rejection rate, even for people with a book out there, is enough to make you never put pen to paper. Behind every ‘overnight’ success story lurks years of fixing your teeth up to get the next kicking. But it is possible to get there, so secondly, study your market, study what publishers are looking for. I am not talking here about the next big thing. No-one can predict that. I am talking basics, for example, if the publisher says the word length is 75 thousand. That’s it.  Don’t go sending them your twice that tome just because you spent five years labouring and crafting every one of these words.  You will be in for a disappointment. I get into rows here about whether writing can be taught. Certainly you have to study the type of writing, the type of prose you are using for the type of book. You wouldn’t write a genre romance without a HEA, no matter how enticing, how different that may seem, not to mention, you’ve read some publisher’s blurb where they say they are looking for something new, something different. It’s not that kind of different they want.  Do you know what Goal, Motivation Conflict is? A lot of talented aspiring writers fall down on that one, painting beautifully crafted word pictures, going nowhere. Do you know about head-hopping?  That’s the kind of honing of the craft you need to do.  But my biggest piece of advice is never ever give up. To succeed you need to believe in yourself.

SL: Tell me about your current work-in-progress and what your plans are for it.

SM: I’m writing another historical romance, this one set in England in 1809 which I see as part of a series.  I have finished it but am just trying to make sure it is entirely in Etopia’s House Style. My editor may have already requested it off the pitch, I have been told that Etopia still reject 7 out of 10 manuscripts that have passed that first test, been pulled from the slush pile or are recommended by your assigned editor.  So I don’t assume anything. My editor still has to like it enough to send it up the line with a recommendation.

SL: If you could be bffs (best friends forever) with any fictional character, who would it be?

SM: Lol. Rhett Butler. Scarlett was bad to him!

SL: What is your ultimate goal as a writer?

SM: Probably to be able to keep having ideas, keep writing, keep selling. In some ways, getting that first book out is hard but knowing the one after and the one after are in the bag, so to speak, is what counts.

SL: What are some of your favorite blogs to follow?

SM: Ottoman Dandy (this is actually a very unusual fashion blog), Lady or Not, a brilliantly funny blog, so is A Day in the Life of Shareen A., while Catherine Cavendish is always interesting.

But I also love those of certain authors who give a lot back to other bloggers and authors, Susan Arden, Noelle Clark, Charley Descoteaux and Antonia Van Zandt.  While I accept that branding is all important, I don’t personally want clobbered with it.  So, for me, a turn off is an author or blogger who just wants to shout themselves. You see… I admire this generous thing you are doing here! It is something to thank you for.

SL: Why, thank you and your welcome, I’m happy to have you on here! 😛

SL: Where do you see yourself in 10 years?

SL: If you could be anything you wanted (besides a writer lol), what would you be and why?

SM: I have never wanted to be anything else. There you go.

Fury sat down and dipped the quill into the ink. She detected the faintest trace of nerves. It must be the fact Thomas lay in the cellar. Why else would a man, so great, so stalwart, so worldly as Captain Flint be nervous of her?

“Well, yes,” she said, listening to the pleasing scratch of the nib on the soft paper. “Babies are not always made in a night. Of course, you wouldn’t know that, being you. It will take time.”

“All the more reason then to just get going. After all this time, sweetheart, you don’t know how eager I am.”

He strode across the tiled floor and the ink trailed a long dark path across the paper as he dragged her to her feet. Had it blobbed it might have been something to worry about. But she was very set on this. And calm. As calm as one could be having this man in her bedroom, knowing what was coming next out of dire necessity, her husband in a box in the cellar and her cast off, potential lovers on their way out the door.

“No, James.” She held a hand up between their lips. “There will be no kissing.”

“No kissing? Why in hell not?”

It displaced her calm to see him grin. She would have preferred that he was indignant. Especially as he was a man who thought he could settle all his arguments—with women anyway—with a kiss. But she kept her face cold, blank.

“Because.” In some ways she was cold. Cold with rage.

“Aw, come on Fury, didn’t you like my kissing? Hmm?” His breath, hot and male, brushed her fingertips. He wrapped his arms around her, splaying his hands across her back, so her hand might as well not have been there for all the protection it was.

But she was calm. Didn’t she have to get into bed with him after all? So, even the impulse to squirm was one she would squash. When she thought of all he had done to her, she would give him nothing. Not even the knowledge she found his proximity so unsettling that she sought to pull away.

“Your kissing was fine, in its way, I suppose. But kissing is a sign of affection.”

“How do you make that out?”

She knew exactly why he scratched his head. Their love-making had been torrid. It had been sensual. It had been shaming. And it had been absent of any affection. Certainly on his part. So, why on earth would a kiss be a sign of anything? To him anyway. She was the damn fool who had thought it had. Who even now was forced to concede the pleasure it would be to take her hand across his face to assist his understanding of her feelings. The impertinence of the damn man, the stinging ignorance.

“It just is.” She eased the distance between them a whisper. “So there will be none. Not now. Not at all.”

“All right then. Saves time. It means—”

“Rule two.” She saw his eyes freeze as he readied himself to yank off his shirt. She persisted anyway. Why not? In many ways she walked a tightrope here. If she paused it might be to her detriment. “You will be fully dressed at all times.”

“James, I am sure you will manage. You managed plenty before. But I do not desire to look at your body before, during, or after. Nor in any shape or form wandering about this house in just your breeches. Is that understood?”

He dropped his hands from his shirt and glared, so he must have. “You wanted to look at it plenty before. In fact, it makes my head spin, just how often you—”

True. But that was then. “Rule three.” Clasping her fingers around the cool edge of the dressing table to create another inch of distance, she continued.

“I will not touch you in any place, intimate or otherwise. I will lie. You will perform.”

Thanks again to Ms. Moore for playing and to all of you for checking in with us! Come back next week for my interview with another one of my favorite people, Sara over at WhatANerdGirlSays. In the meantime, you can check out my interview from a while back with H. N. Sieverding, author and blogger over at Inside the Mind of a Fantasy Writer.