If you’re seeing this, I hope you had a wonderful holiday season and happy (and safe) New Year! This is my first post of 2017 and, although lots (and by lots, I mean two) exciting things are happening, Reborn series-wise, at the beginning of 2017, I am revising my publishing plan, so please bear with me.

First of all, as an indie author, I’m probably never going to try to set a release date more than a month or two in advance, ever. Again. (For my fellow indie authors, what is your typical self-publishing approach? How far in advance do you set release dates and start marketing? I’d love to hear your thoughts in the comments!) Obviously, big publishers plan ahead like this, but it’s not really working for lil old me. Unless you don’t care that I’ve changed the release date for Reclaim what feels like a bajillion times. (Or maybe no one’s noticed…)

Don’t get me wrong. I’m still going to set general goals of when things will go out. After I publish Reclaim, for example, the fourth book will probably come out beginning of 2018. But I’m not setting exact dates anymore until it gets closer, because I end up feeling bad for inevitably pushing them back.

Reborn was the first book, so it was kind of natural that I waited until I’d had a few people read it and made changes and then decided to plop it up on Amazon. I had already started the sequel at the time, so thinking about when it might get released wasn’t as big of a deal either. I had a pretty good idea.

The bad-ish news: In case you don’t know where this is going, I’m changing the release date for Reclaim, again. It was supposed to be next week, and that’s not happening. I’m only pushing it back by a few weeks, but the release date is sort of a moving target. It will likely be in early February, though, and I will probably have a better sense of this next week.

Even a couple of months ago, when I set the January date, I didn’t know I’d be starting a new job this soon. Believe me, I’m happy I am, lol, but as a result I’m shifting things around. Not to mention I started this job with co-teaching a class and working on a grant that’s due in a few weeks, plus finishing up manuscripts from my previous position.

I don’t mean (or maybe I do?) to play the “I’m busy” card. We’re all busy with different things. But for my sanity, I need to push it back. And anyway, it’s not like I’m saying “woops, sorry, it’s actually not coming out until next year” or something. A few weeks helps me out alot.

Where I’m at: I had a friend who enjoyed the previous two books beta test Reclaim for me, and she loved it! (Which is a good sign. If you liked the first two books, you will probably like this one.) She had some comments I need to incorporate–nothing major, but she definitely pointed out a few things I think other people would notice. My editor (/my other friend) is helping me with more detailed edits. It’s in her hands right now, and I want her to take her time with it. She also has other things on her plate but helps me out with this because she’s awesome like that. 😉

The better news: I do, however, have the bandwidth to publish Revenge in the next week or two. The old version was previously posted here, but I took it down and made some changes (mostly to the ending). It will be available for Kindle and the other e-book platforms through Smashwords. This is easier for me to get up now because it’s pretty much done. As a novella, it’s simply shorter, and I’ve already made all of the edits to it I want to make. I also have some awesome cover art for it, made by my fabulous graphic designer Heidi.

Revenge will only be available in e-book format (in other words, no paperback version). It will also include an unreleased excerpt, likely about Anna and Eric.

To wrap this up, I’d thought I’d share my official to-do list with you, the same one staring up at me from my laptop screen, as further self-motivation:

Then it will be time to regroup, update my book notes, and let you all know the official plan for the rest of the series!

You can check back here or my Facebook page for updates on these two major projects. Happy 2017!

This is probably going to be a short and sweet update, but I got excited this week because I’ve actually made substantial progress editing Reclaim! As I’m sure you could tell if you follow this blog, I was getting discouraged for a while, but now I’m pumped again to put this book out into the world! I’m about 70% done with the edits I want to make, which means I can still put the book out this year, haha. I know, I know…I’m slow. I mean, I know people who have written more books than I’ve been able to edit this summer, and it’s been taking me forever to get this book where I want it to be. But now I’m finally, slowly but surely, reaching that point.

I had announced a few weeks back that I was delaying the publication date a bit (to December 6, 2016). If I’m happy with it before then, I’ll try to release it earlier, but for now expect it to come out in December.

As far as other updates go, the gofundme campaign is still up if you are willing and able to make a small contribution (the green button to donate is on the right side of this page). 🙂 Thanks to those of you who have already been able to do so. I’m $75 dollars from the halfway point–once I hit $250, I’ll post the first half of chapter one to the blog, and the rest of it once I reach my $500 goal!

If you aren’t able to donate, that’s of course okay, too! You can also support the Reborn series by taking a minute or two to leave a review on Amazon or Goodreads, or by nagging the author (a.k.a. me) about when the next book is coming out. (Because it’s nice to know that there are people out there excited to read it! I hear from a few of you from time to time, so thank you for the kind words and encouragement.)

Thanks again for following along, and happy reading!

I decided to take a stab at making a book trailer for my novel (formerly called The Fallen, now called Reborn). Let me know what you think. I’m open to suggestions. 🙂 And please keep in mind this is my first time. 😛

My blog is getting a lot of hits this week, so I thought I’d bring this up while I have your attention! 😉 Also, I’ve been meaning to announce a new series of posts, Thursday Thoughts, as a home for my more opinionated posts and for my posts about writing. (I feel like I’m probably borrowing this title from another blog, but I don’t remember whose…) 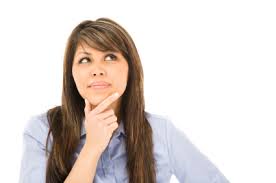 Anyway, how do we feel about changes in point-of-view in books? How would you feel if most of the book is written in first-person but the epilogue is written in third-person? I’m asking because my current story is written in first, but I’m considering including an epilogue that focuses on another character in the book, only it’s on a different world, so Siobhan isn’t there. Since the short scene will be separated out as the “epilogue,” I feel like it might work, but I’d like to know what you (as a writer or reader) think. Have you ever seen anyone do this?

Another reason I want to include an epilogue is to leave a bit of a cliffhanger, which is a whole ‘nother point of discussion. I want there to be a sequel, but then again, I don’t want there to be too much of a cliffhanger. Not because I don’t want to leave readers hanging (I love doing that, lol), but because a potential publisher might be more willing to commit to one book than a series from a new author. So perhaps I should go for mostly wrapping the book up while leaving just a little teaser…