Hey guys, for my monthly update post, I’ve decided to do a vlog. I have a few general updates about what I’ve been working on, and then I have a special announcement just in time for Halloween!

First off, as many of you know, I’ve primarily been working on book three in the Reborn series. This is “Carly’s book” as I’ve been calling it. It’s told entirely from Carly’s POV at this point. Right now, it still doesn’t have a firm title. I had a title I thought I liked and then decided I didn’t, so it’s back to being “Carly’s book,” but I know I’ll figure it out! I was working on it pretty steadily for awhile, and then I sort of took a brief break from it. I’ve sort of been hopping around projects recently, but right now it stands at around 38K, so it’s about a little more than a third of the way done, I think. I like to split my books up into three parts, so that means right now that part one is finished, plus a little more. I had mentioned on the announcements part of my blog that I was aiming for a 2016 release date, which I’m still definitely on track for. To be honest, I’m aiming right now for a release date sometime in October of next year, which I know is a long time to wait, but for whatever reason–to go along with the theme and the atmosphere in Carly’s book–I’m planning to release it around Halloween. But, I am also a very impatient person, so if it’s ready before then–if it’s edited and has a pretty cover and I feel like it’s ready to go, I will try to release it before then. But it will still likely come out next fall.

As I’ve said, I’ve been hopping between projects, and another project I’ve started is a book from Anna’s point-of-view–mostly from Anna’s point-of-view, I should say. I’ve always wanted to write a book that focused on her. As you might remember in Reborn and Relapse, she is Siobhan’s good friend from high school, and in Reborn they have sort of a reunion and reconciliation–there are a lot of “r-e” words that could be possible titles I guess. Anyway, I had ideas for it but have always struggled to start it. Well, I finally wrote a beginning for it that I liked. So, right now, it’s in the very preliminary stages. I don’t really know where it’s going–I have no idea when I would even release it–maybe, if all goes well, around the same time as the third book. We’ll see. This would also a book that I think would be told partially from Peter’s point-of-view. I think it would be really fun to get inside Peter’s head–he’s a fun character, and there’s a lot more you’ll find out about him in upcoming books besides him just being sort of the comic relief and Anna’s friend and Jimmy’s bandmate. But, anyway, like I said, very preliminary, could be some exciting stuff.

But, the special announcement I wanted to tell you all tonight is that I have a little surprise planned for the week of Halloween. Halloween is my favorite holiday, so I wanted to do something cool for it, and I’ve been working on a short story to celebrate the season. “The season”–I make it sound like Christmas, but it’s Halloween, and that’s okay because I love Halloween, and I want you all to be in the spirit of Halloween, too. It’s a little ghost story–like I said, just a short story set in the Reborn world, and it’s told from Rebecca’s perspective. You might remember that Rebecca is in one of the other sororities on Siobhan’s campus, Alpha Rho. The Alpha Rhos and Gamma Lambda Phis don’t really get along, but this short story is focusing solely on them. It’s bringing some closure to their plot arc in the first two books.

If you’ve read Reborn, you know that one of the Alpha Rho sisters dies toward the end, and this is where the ghost story comes in, and it’s a story about sisterhood and forgiveness. It’s about 4600 words right now. I’m hoping it will be about 10,000 words when I’m ready to publish it. And by publish it, I mean it will actually only appear on my blog. They’re short installments, so it should be easy to read on your computer, and…I think that’s just about it. I’ll start releasing the installments on Sunday, October 25th. So it has sort of 10 short chapters that I’ll release one or two at a time over the course of the week leading up to Halloween. It’s not going to be super scary or anything, just a little dark–maybe a little sinister–nothing that’s going to give you nightmares. At least I hope not.

Again, it’s about Rebecca, the Alpha Rhos, Genie, and it’s called Revenge. And I’ll start posting it Sunday, October 25th, so last week of the month, all the way up to Halloween. I hope you’re excited for it. I just thought it would be a little treat in between time while I know you’re waiting for book three to come out. I’ll try to keep posting updates monthly. I used to blog a lot more than I do. I haven’t really been doing that lately, just haven’t been in the mood as much lately, also a time thing. But I definitely can manage monthly check-ins. So, until then, happy reading, and Happy Halloween! 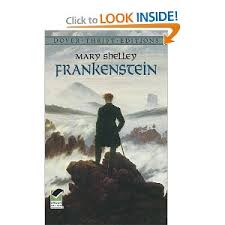