Note: I’m sharing these character profiles to reintroduce you to some of the characters in Reborn. This means they may contain some spoilers. So, if you haven’t read Reborn yet, beware…..

Age: Like all of the Olympians, she’s really old, but she looks about early twenties.

Goals: In Reborn, Victoria’s main goals were to send Jasper back to Olympus and to protect their college campus. As you find out at the end of Reborn, Victoria and Jasper are related. You’ll learn more about their rocky sibling relationship in Relapse. As the patron goddess of Gamma Lambda Phi, and its chapter president, Victoria’s ongoing goal is to maintain the trust and respect of her sorority sisters. She’s someone the sisters, particularly Siobhan, go to for advice.

As the paragon of victory, she’s also motivated by winning. And, as you’ll see in Relapse, she sometimes takes this need to win a little too far…

“I have a dark side, too. You just haven’t seen much of it.”

You may remember Apate as Eric’s other “teaching assistant”/minion of darkness in Reborn. She’s the goddess of trickery/deceit and has a much bigger presence in Relapse. Now that Jasper’s gone for good (…), Apate is next on Gamma Lambda Phi’s list of asses to kick back to Olympus. She also antagonizes Siobhan like it’s her raison d’etre. I’ve been having a blast writing her character, so thought I’d share!

Relationships: In Relapse, she sets her sights on Jimmy to be her “new toy” (poor Jimmy).

But her most important relationship is with her twin brother, Dolos, who Eric is holding captive to get Apate to do his bidding. Dolos is really the only person Apate would do anything for.

Goal: To free her brother

Obstacles: Being a spirit of deceit, she has trouble getting people to trust her. She also has a hard time trusting other people.

Strengths: Beautiful, confident, independent, doesn’t (usually) care what people think of her, loving (at least when it comes to her family)

Power: Apate and her brother can produce complex illusions, making others see/hear/taste/feel/smell whatever they want them to.

Who would play her in a movie: Phoebe Tonkin, of The Secret Circle/The Vampire Diaries/The Originals fame

“I’m impulsive. I do things for my own amusement, not really thinking through how it affects other people. Sometimes not really caring.”

One of my fellow writers (and also my cover artist) Heidi asked me to share a character profile for Peter. Peter is one of my favorite characters in Reborn–probably because he embodies my favorite glam rock artists. He loves to gossip, and in Reborn he functions mostly as comic relief, but you’ll get to find out more about him and his “powers” in Relapse.

Love interests: Anna is his ex-girlfriend

Other relationships: Jimmy, his best friend and band mate

Power: Messenger between humans and the gods/goddesses

Who would play him in a movie: In my Reborn Dream Cast, I cast Revenge’s Gabriel Mann.

Relationship Status: At the beginning of Reborn, she’s friends-with-benefits with Max.

Goals: In Reborn, to find out who–and what–Jasper is and what her connection to him is

“Spending this time with him has helped me realize there’s something else between us–something that could transcend each of our faults, our mistakes, our darkness. Something that would only become stronger and more real if I can show him what it means to truly love someone.”

Well, somehow it’s Wednesday already, and since I don’t have another chapter of The Fallen ready to post, I’ve decided to post a character profile such as those Heidi’s been posting on her fantastic blog, Inside the Mind of a Fantasy Writer. (I’m also borrowing her format because I like it.)

But first, a little reminder to “Like” my blog’s Facebook page by clicking on the link in the menu on the left. (You may have to scroll down a tad, but it’s there!) And thanks to those of you who have!

From: Star Eyes (paranormal romance, YA) 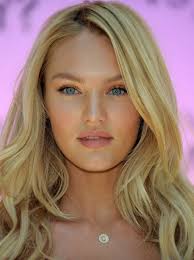 Species: Alien from the planet Mondra

Love interest(s): Dave, a human teenager, is her true love, but she can’t deny her attraction to Hazri, another Mondrian.

Goals: To feel like a “normal teenager”; to be a good friend and girlfriend; to figure out what the Mondrians want with Earth

Obstacles: Since her people are telepathic, it’s almost impossible for her to keep anything from Hazri.

Flaws: Forgive the cliché, but she “cares too much” -but seriously, she cares deeply about her friends and family, so can be easily devastated. But she also does have a jealous streak.

Enjoys: Astronomy, journalism, hanging out with her friends

“You know what?” Dave said after the server had already left. “I just realized that I don’t have any silverware.” He tried to flag down the host.

“Yes, you do,” Celeste said, nodding toward his plate.

“I swear that wasn’t there…oh well.” He placed the napkin on his lap and drizzled some dressing over his salad. Celeste glanced around, hoping that no one had seen the bundle of utensils wrapped carefully in a dark red napkin rise off of the empty table next to them, fly through the air and land quietly beside Dave’s plate.

This was actually really enjoyable to write -I sort of abandoned the world in this book, so it was fun to revisit! Hope you liked this glimpse into Celeste’s character, too!