As part of her NaNoWriMo (National Novel Writing Month) series of posts, my friend Sara over at WhatANerdGirlSays wrote this post about her dream cast were her WIP The Reawakened ever to be made into a movie (as I’m sure it will be!). Anyway, it made me think about my own dream cast for my debut novel, Reborn. Who would you cast? Let me know in the comments!

Ms. Accola is one of my favorite actresses on The Vampire Diaries. Her Caroline is beautiful and upbeat but also independent and even a little neurotic at times. Siobhan is also very outgoing and at times a bit (a lot) of a control freak–Candace would play her perfectly. Plus, she looks the part: petite, pale, blonde. She just needs some violet-colored contacts and a pair of blue and purple butterfly wings. Amanda Seyfried would also make a good Siobhan.

If you know me at all, I know you’re shaking your head right now, groaning, “Oh, Shaina…” I have a little crush on Tom

Hiddleston, most well known as playing scene-stealing Loki in the Thor franchise. Jasper has slightly longish, dark hair, pale skin, intense blue eyes and…well, you know, muscles. He’s charming and sexy with a dangerous, sinister edge. I’m not sure how told Tom is, so he may be slightly older than Jasper is supposed to look, but other than that he’s perfect for the role. Ok, we need to move on because I’m getting a little hot and bothered from this Google image search…

I’ve only seen a little bit of Gossip Girl…to be honest, it was too much fluffy drama, even for me. (Maybe the early seasons are better?) Anna is Siobhan’s ex-best friend from high school. They had a huge falling out in high school, but at the beginning of Reborn Siobhan realizes Anna is the only one who will understand what she’s going through; she needs her best friend back. Anna is a tall, willowy brunette with a healthy tan and hazel eyes. She’s a singer and a music education major. While Siobhan is rather flighty and impulsive, Anna is practical and discerning. At first, I wasn’t sure who would be a good fit for Anna, then Leighton popped into my head. I think she could pull Anna off, plus she contributed vocals to that one Cobra Starship song, didn’t she?

This was also a hard one to “cast.” Jimmy is Anna’s brother and Siobhan’s ex-boyfriend from high school. They give their 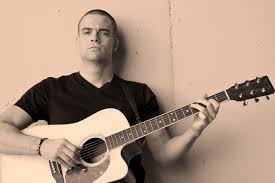 relationship another go in Reborn, but Jasper always seems to cause problems for them (like he does wherever he goes…). Jimmy’s character is inspired by Iggy Pop in his Stooges days, but Iggy’s kinda older now. If I could go back in time, extract 20-something Iggy and cast him in my pretend movie, I would. (To do list: Build time machine.) Jimmy has brown hair and hazel eyes. He’s the wild and arrogant frontman of fictional punk rock band Search and Destroy. This was hard for me because I feel like there are few male celebrities or even musicians nowadays that truly embody rebellion. Adam Levine fits the arrogant, sexy rock star stereotype well, but he doesn’t look like the Jimmy I have pictured in my head. Mark Salling played bad boy Puck on Glee, can sing and looks good with a guitar, so I think he’ll do. 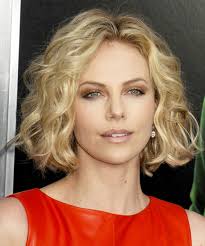 Farrah is the mysterious new house mother of Siobhan’s sorority, Gamma Lambda Phi. She has long, ash blonde curls, golden skin and jade green eyes. She has a bubbly personality and is nice to pretty much everyone except Siobhan. Although she seems like one of the “good guys,” she holds a grudge and has a vicious jealous streak. I haven’t seen Snow White and the Huntsman, mostly because I can’t stand Kristen Stewart’s “acting,” but I’ll bet Theron’s Queen was wonderfully evil. She could definitely pull off Farrah’s nice and naughty sides. She just needs to grow her hair out again. 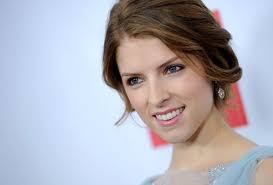 amber-colored eyes. She’s not supposed to be that pretty, but her beauty and strength comes from inside. As president of her sorority, she’s a charismatic and wise leader. (Not that Reborn is a super deep book or anything, but I see Victoria and Anna as reflections of each other. They’re both characters Siobhan trusts and goes to for advice. Victoria is Anna’s counterpart in the Olympian world.) I think Anna Kendrick is very pretty, so casting her as Victoria isn’t some insult to her or something. I just think Ms. Kendrick is great at playing offbeat characters. Victoria is sort of a nice blend of offbeat, awkward but strong that I think Kendrick could pull off.