Well, I wanted to keep to my Sunday, sometimes-Thursday, Friday posting schedule, but didn’t have time to write anything new, insightful or nerdy. So instead, I perused My Documents for a sample of my old writing. I decided to go with a document named “Something,” which contained the Prologue and first chapter I wrote to a planned book with the tentative title “Title.” I think it’s pretty cute…it’s another Greek myth-inspired story (which I apparently subconsciously gravitate to) and depicts a nostalgic Calypso talking to her friend, Dewdrop. (The most adorable name ever, if I do say so myself.)

She stood where the beach met the crisp blue water. Digging her feet into the yellow sand, she curled her toes and allowed it to seep between them, wet and rough. Beyond her, the waves rolled like sheets of blue silk billowing in the salty air. Her hair, the color of the golden beach, blew across her face and briefly obscured her forlorn expression. Then, she brushed the hair out of her face to reveal her sad, teardrop-shaped eyes once more.

“Calypso!” a high, clear voice behind her called. Calypso did not turn to acknowledge the voice and still did not turn when a girl appeared beside her. She was young and small, and her long, auburn hair was plaited into hundreds of small braids. She wore a white dress tied at the waist with a yellow cord. Noticing Calypso’s intent gaze, she followed it into the blue distance where it was hard to tell where the ocean ended and the sky began.

“Oh, Dewdrop,” she said as the girl retracted her arms. Calpyso sat down and patted the sand beside her so that Dewdrop would do the same. “No one ever comes to my island anymore. No one ever comes.” 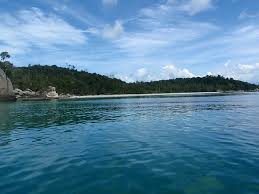 What are you talking about?” Dewdrop wondered. “The others visit you all the time. Hera, Aphrodite, Aries…everybody loves it here. It’s a beautiful island.”

“I do not mean them,” she replied curtly and diverted her gaze to the ocean again. “They do not come to see me, Dewdrop. As you said –it is a beautiful island. The most beautiful. I’m talking about people. People used to come here.”

“From everywhere.” For the first time that afternoon, a small, wistful grin appeared on Calypso’s lovely face. “Explorers would come, travelers, sometimes men going to war –what strong, handsome men used to come here.” Dewdrop narrowed her eyes in confusion as Calypso continued nostalgically. “They would come, and we would entertain them here, give them food and shelter. And sometimes I would just…”

“Just keep them here,” Calypso said, laughing musically. Dewdrop laughed too, although she wasn’t entirely sure what Calypso meant.

“Ah, yes, I miss those days,” Calypso confessed. “There was always excitement and anticipation, wondering who was going to come next. But then fewer and fewer came, and the ones that did come tried to hurt us and would not let us help them. And then one day, no one came. No one has come for ages.”

A tear trickled from one of Calypso’s aquamarine eyes. “It’s okay,” Dewdrop assured her. “I’m sure someday someone will come again.”

“Perhaps.” Calypso picked up the hem of her flimsy purple dress as she rose. Dewdrop scrambled to her feet as well. “Perhaps not. Come on –let’s go back.” They glided swiftly over the sand, away from where the sun broke the ocean into a thousand tiny blue diamonds. Above, the sky was clear and cloudless.